So.. how exactly did the stereotypical ‘good girl’—and a crochet blogger, no less—get herself in Facebook Jail?  And not ONCE, but TWICE in less than a week?  Well.. it happened, my friends.. and let me tell you a little bit about my time on the inside and what you can do to stay out of Facebook jail! 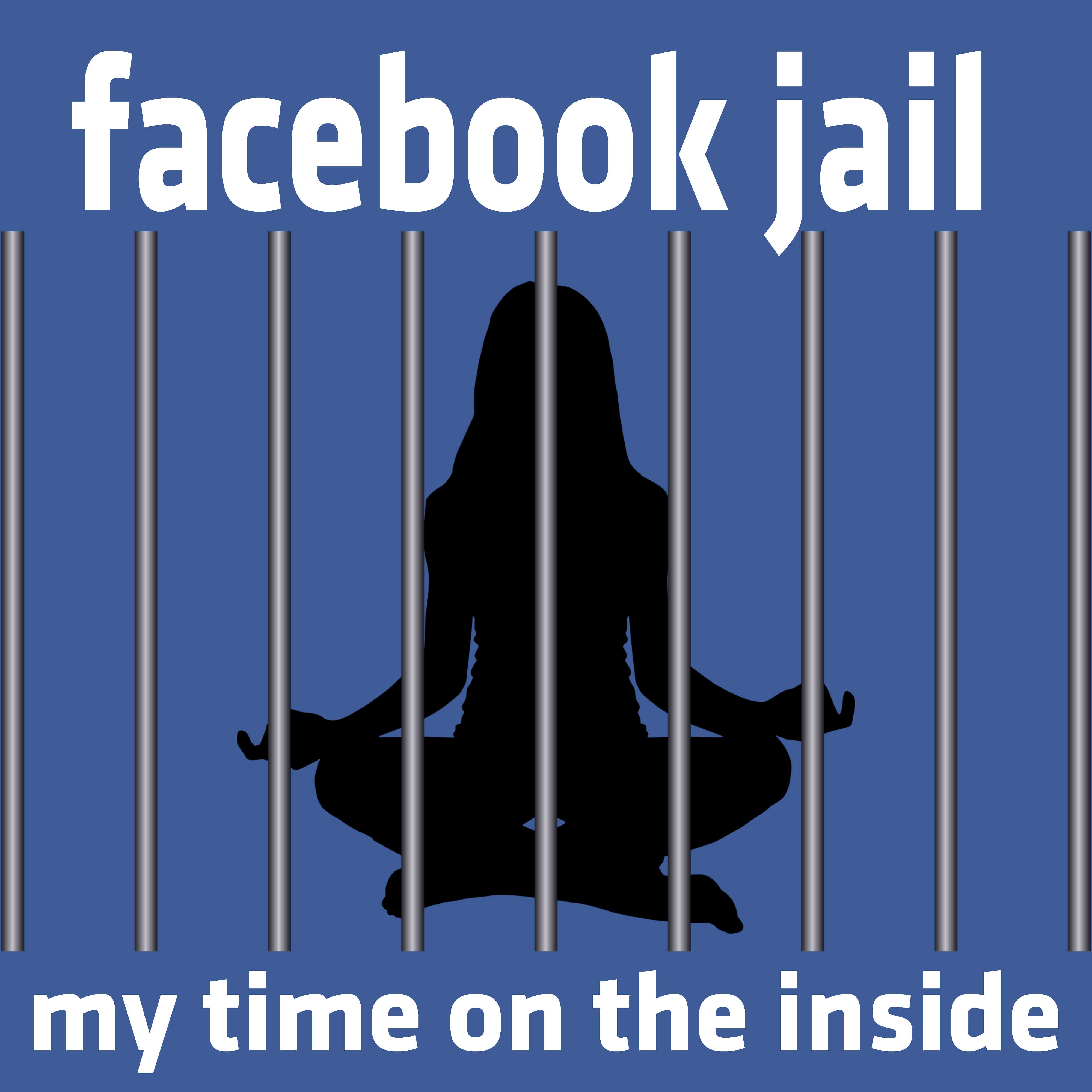 I used to work at a big corporation.  Every year, the entire corporation would be sent in small groups to training to learn how to behave appropriately at work.  My coworker used to call this “don’t be stupid” training.  In other words, I think we are all grown up enough to know that certain things just aren’t going to be tolerated in the workplace…or in a public forum like Facebook.  If you post explicit things or try to friend a bunch of people you don’t know—well, that’s just being stupid and you can expect to get yourself banned.

Unfortunately, as an entrepreneur utilizing Facebook to further your business goals, it is surprisingly easy to inadvertently get yourself banned and worse, Facebook doesn’t give a specific reason why! 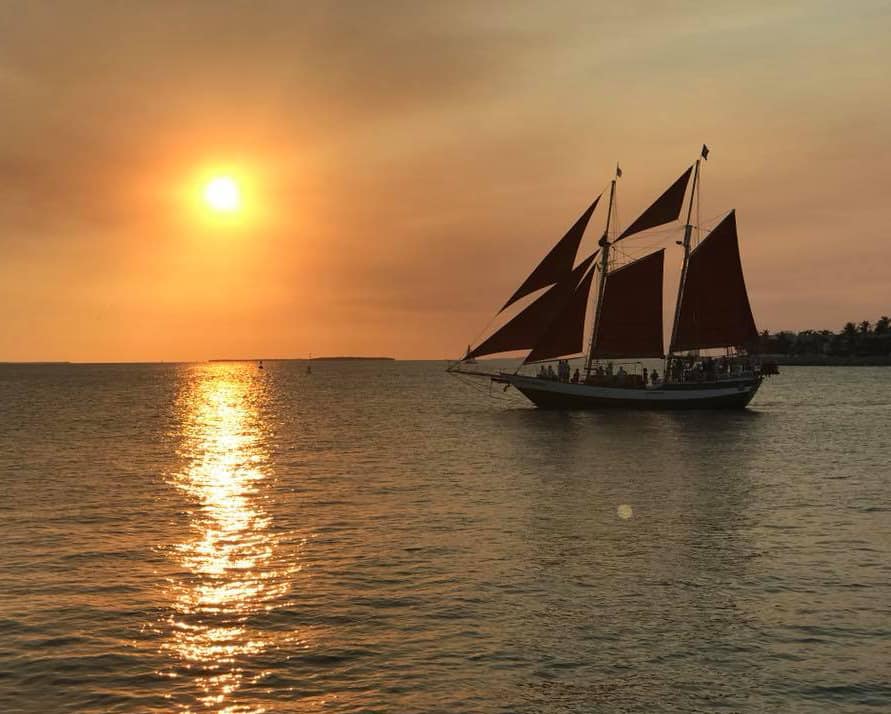 Let’s talk about what exactly Facebook is.  Maybe you’re thinking ‘it’s a social media platform where people can connect with one another’ and then you’re fondly thinking of all the vacation photos you and your family and friends have shared.  And maybe you are even getting a warm and fuzzy feeling just thinking about it. It feels good.  And more importantly, it feels like it’s about you.

Well guess what?  You are wrong.  Dead wrong.  It is not about you at all.  Facebook is a BUSINESS.  And, by definition, a business’s core purpose is to make money.  And guess who they want to make money from?  Advertisers.  And readers. Period.

And you know what?  This is ok.  Because the parts of Facebook that are good are really good.  It IS fun to connect with family and friends.  I love having a glimpse into the lives of people I would probably never keep up with if not for social media.  I also love the learning opportunities in the huge number of groups I belong to. Groups about crocheting mostly, but also about business type things and other hobbies I enjoy.

But Facebook makes the rules.  If tomorrow they decide they no longer are going to offer its platform to every person on the planet, guess what?  They can totally turn it off.  Shut it down.  The end.  There is no appeal.  There is no due process.  It’s their business and they can do what they want.

This also means they can ban you whenever they want for whatever reason they want and they owe you no explanation.  In fact, you’re likely NOT to get an explanation whatsoever.  And worse, they do not remove bans. 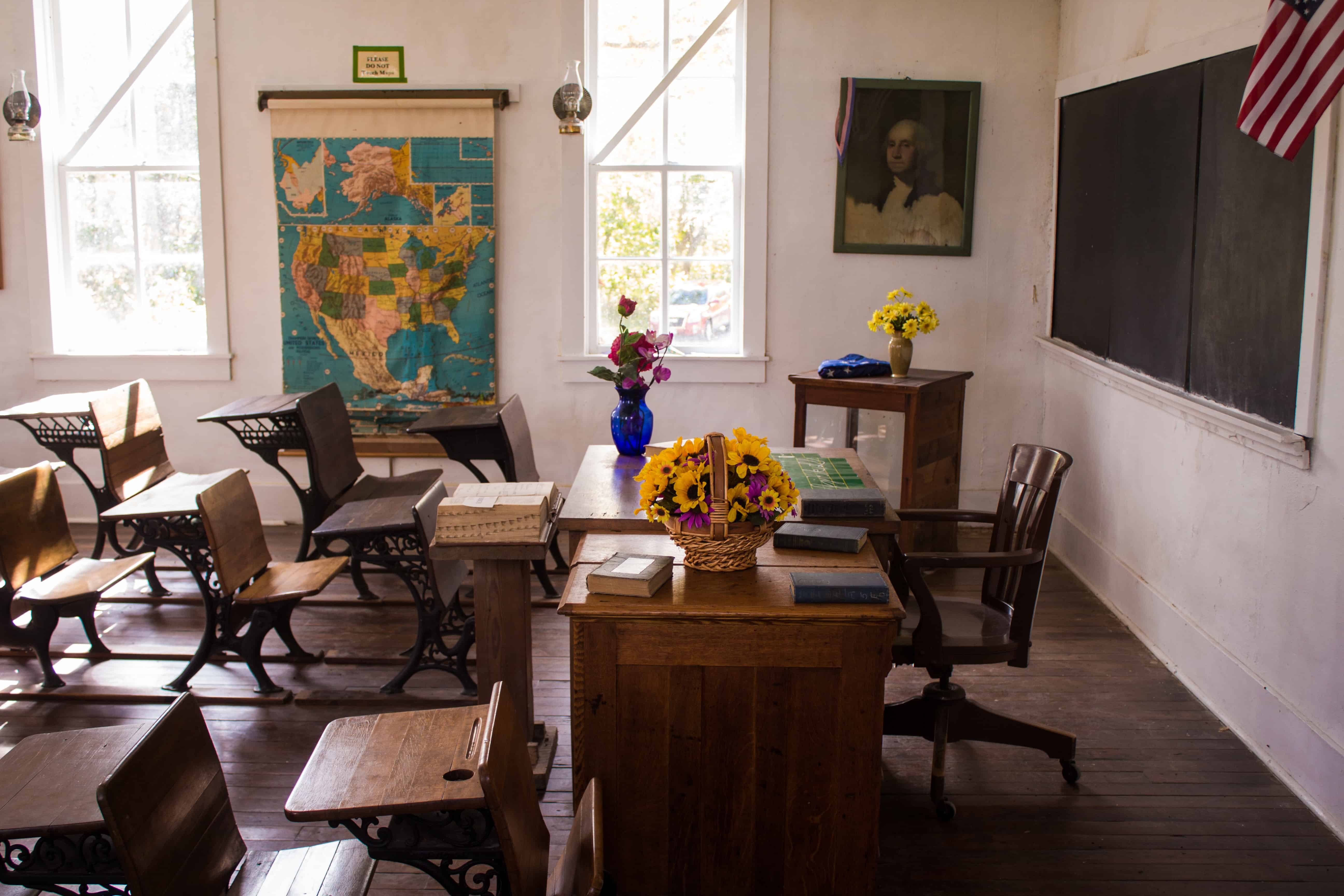 Photo by Jeffrey Hamilton on Unsplash

So let’s get back to me for moment.  How exactly did a rule following good girl, who never got sent to the principal’s office get herself banned on Facebook?

Facebook’s rules center around “spammy” behavior.  We hear the word “spam” and think.. ‘Yeah.. that makes sense’.  No one wants obnoxious behavior intruding on everyone else’s space.  But let’s also remember that another reason (and maybe the main reason) that Facebook doesn’t want this is because they don’t want you advertising for free when you can pay them to do it for you!

The tricky part is when YOU don’t think you’re spamming, and yet the Facebook algorithm decides that you are!  They do not warn you.  You are just banned.  This is how I got put right back into Facebook jail after being out less than day.  I did something that I obviously thought was acceptable and it was not!

So you’re probably wondering by now, what exactly I did to land myself in Facebook jail, right?  Well, I have a business Facebook page.  I share blog posts and a free crochet journal page off my blog (which is really awesome and you should totally check it out here).  Facebook allows me to share my business Facebook page to the other groups in which I belong.  The groups have rules on business sharing, but they do allow it and I follow all the rules.

So are you following me so far?  I shared my business page Facebook post to groups which is allowed by Facebook and allowed in the groups.  So all good, right?

Well up to this point in time I’d only shared a post once in awhile.  But on a Saturday, I thought it might be a great idea to just share away.  In my defense, I asked in a group of other bloggers how many “shares” was ok.  The general consensus was that 2-3 posts at a time seemed to be ok.  But then there was one person who shared to a lot of groups at once.  And for whatever reason, that seemed really time efficient to me, so I shared to 35 groups one right after the other.

But This Did Not Get Me Banned!

What?!  Nope.  That was on a Saturday.  I shared to 35 groups from my business page and all was well.  Two days passed and I decided to share the same post in a new group.  BAM!  Banned!

In retrospect—and trust me, during my time in jail, I’ve had plenty of time for reflection—even though I followed group rules, for someone in the same groups who likely saw my same post over and over in their feed, it probably did feel like spam.

What to Do When You Land in Facebook Jail

Figure out why you were banned.  Supposedly you can get additional information by clicking on “settings”.   Then come down all the way on the left and click on “Support Inbox” 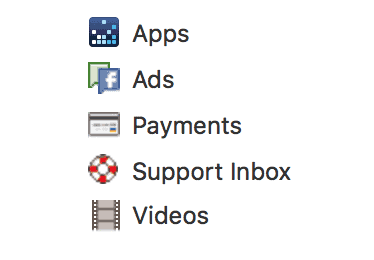 There you will be able to see details of your “offense”…. Maybe… 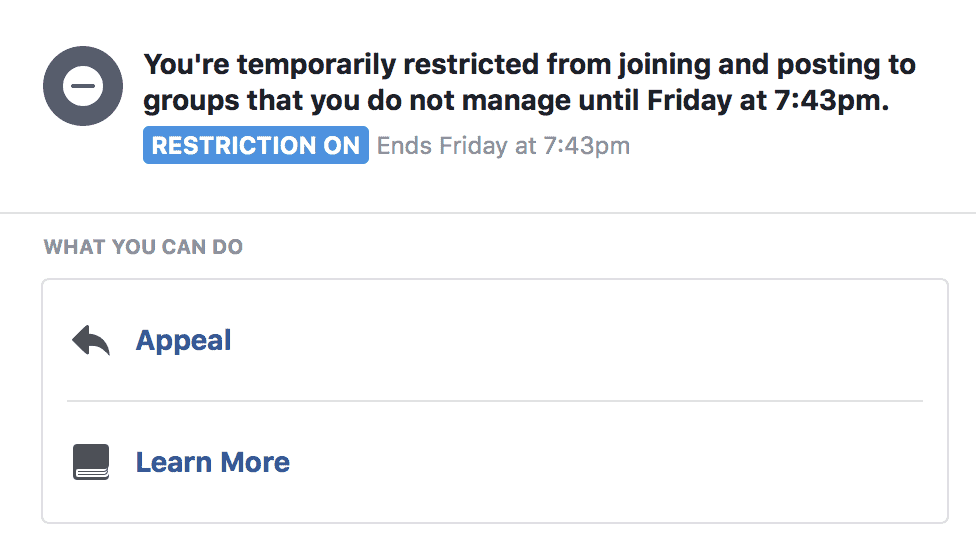 I wasn’t give a reason.  Hint:  your reason likely is because you did something Facebook sees as spam.

You can appeal.  But since they “aren’t able to review individual reports”, you can FILE an appeal, but they don’t actually READ them.  So unless venting off in a form no one reads makes you feel better, don’t bother appealing.

Solution:  Change (or stop) your behavior so this doesn’t happen to you again. 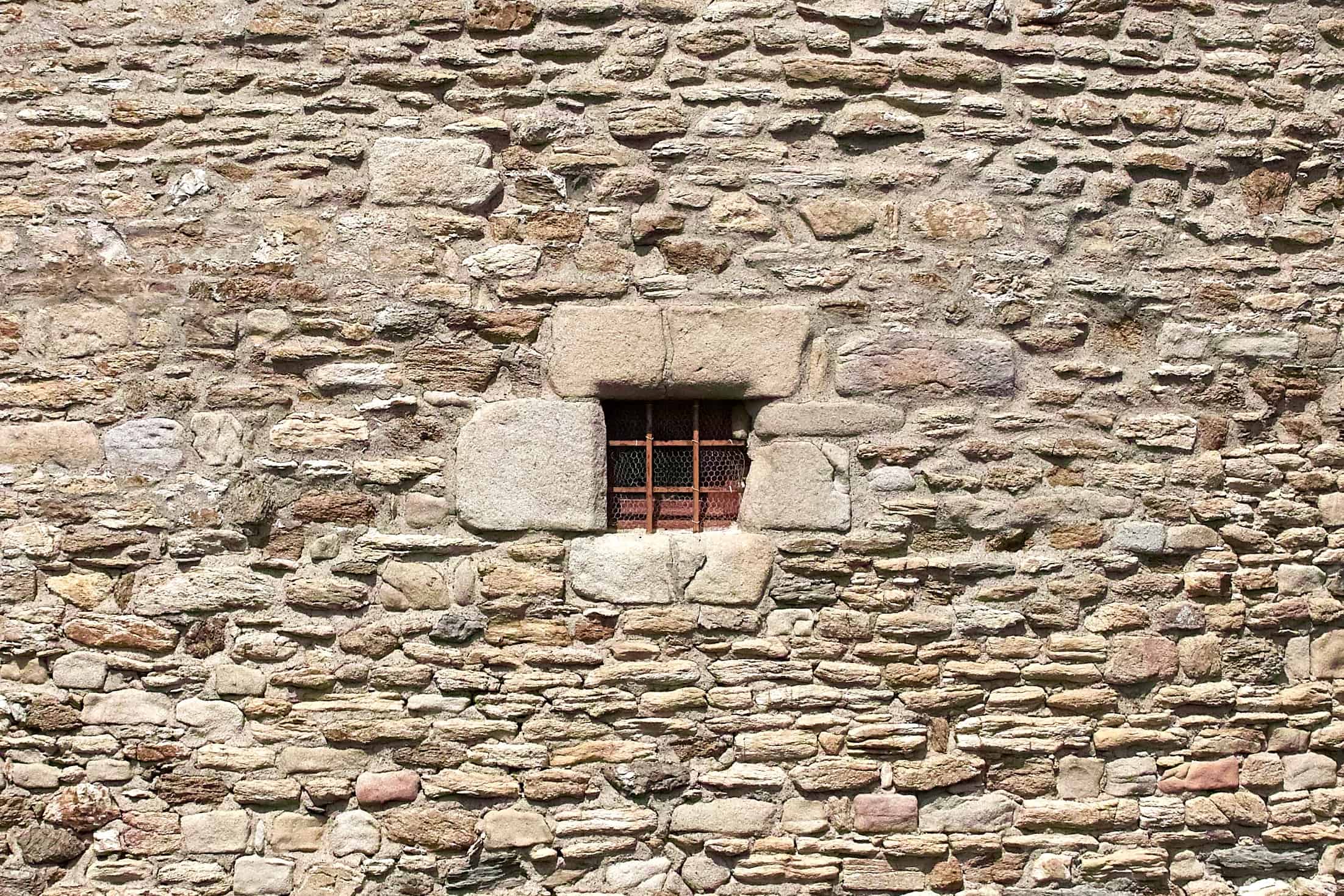 Photo by Michael Jasmund on Unsplash

And the #1 Tip To Stay out of Facebook Jail….

Re-think self promotion on Facebook altogether.  Or rather, be deliberate about it.  Promote yourself to your own page or your own group.  Selectively pay for Facebook advertising, if desired.

Social media is ever evolving.  Honestly, it is hard to keep up with all the changes.  While the changes are almost always promoted as “making things better for the user”, in my observation, they are really geared towards increasing the profit for the platform.  Because, remember… they ARE a business.

But, and this is important, WE are also a business.  Let’s make great business decisions, starting with these 2 most important ones:

The money, my friends, is IN the list.  I grew my list from ZERO to nearly 10,000 subscribers in less than 5 months.  My traffic went from less than 15,000 pageviews a month to over 110,000 7 months later.  But that, my friends, is a story for another post.  Let me know in the comments if you’d like to hear more about how to grow your email list.